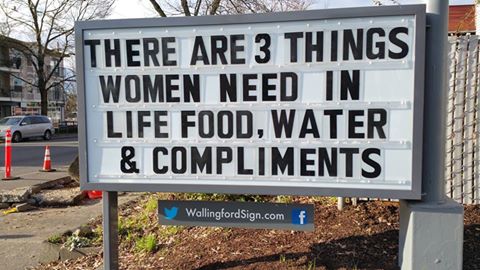 In today’s fast-paced world, it’s always a surprise to find something simple that’ll give us a form of happiness. And that’s what this Seattle gas station did — provide simple happiness to people who pass by it while they’re off somewhere. And not just that! It, at times, make passersby think and say, “True that!” . . . simple realizations that people would and have taken for granted until they were presented all caps on this gas station-slash-convenience store’s sign.

As what their website proclaims, the Wallingford Sign [as the internet has come to know the reader board] sports a new funny joke or a witty observation every week. And these four-line 56-character signs have the power to make you cry . . . in laughter [sometimes!].

Here are a few examples:

If you have taken your naps as a kid for granted [cue in: “But I’m not sleepy!” in a whiny voice; admit it, you’ve said that a countless times!] then, you may have voiced out the same sentiment below as an adult.

I’m a wife and I’ve observed this from my husband time and time again. There are times that let it pass but there are also others that just raise my hackles up. However, it doesn’t mean I’m also not guilty of doing it myself [though I will never admit it]! Netizens may have expressed the same sentiment because Wallingford Sign decided to make one directed to the woman of the house.

And who wouldn’t especially if that eight legger is XL? Crikey!

Wallingford Sign even proved that it’s up-to-date with what’s currently happening by putting up this sign a month before the US Presidential Elections.

However, there are jokes that I don’t get at first look like this one.

The Wallingford Sign came into being after the people behind Wallingford Chevron converted their auto repair shop into a convenience store way back in 2005.

“It was a lot easier for us to put up signs about promotions, advertisements and the likes when the auto repair shop was still on,” says Jim Bernard, owner of the Wallingford Chevron and the now internet famous Wallingford Sign. “However, when we had it converted to an ExtraMile convenience store, we had nothing to put on but store specials. It was then that we decided to do something different.”

And how different their signs are! In their Facebook and Twitter page, some netizens claim to go out of their usual routes just to get gas at the gas station all because they want to see the sign for the week. It may be a good advertisement strategy but to some motorists, the signs have become more — a source of inspiration perhaps or a smile in what could have been a drab, gloomy day for them.

And as what I have mentioned above, Wallingford Sign isn’t just about jokes. Take this one for example, pointing out to the things we think we know about others but we actually don’t.

Or this one which one netizen commented about how it reminded him of his college loans that he’s still paying up to now.

When I saw this, I found myself asking the same question. What’s it?

All in all, the Wallingford Sign provides the town it’s in and the world through the internet, for that matter, what I call meaty entertainment — something funny yet has substance at the same time. And this isn’t a solitary opinion as many netizens have shared whatever jokes, tidbits and sayings put on the reader board through social media sites. As what one individual puts it in his comment: “Such is life!”. 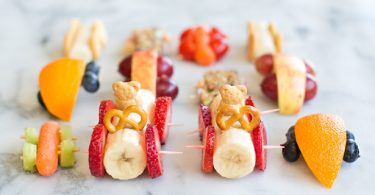 These snacks are heaven-sent for any parent looking to teach their child a little independence and[More...] 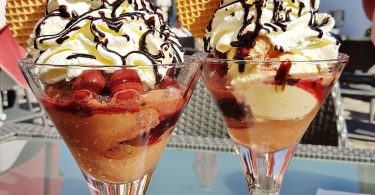 Sometimes the blistering heat of summer can really ruin its fantastic appeal. Here are a few cool[More...]