Fathers are seen as the ultimate figures of discipline in the family. Their words are law and even the smallest kid in the house knows that. This holds true in my own – when I say “No” to my 2-year-old with a frown and a wagging pointer, she’d usually give me a mischievous smile and carry on with whatever “bad” deed she’s doing. But when it’s her dad who says “No” [even without the frown and the wagging finger], she’d listen no mischievous smiles required.

And while many fathers are known to be their households’ comedic relief providers, it’s rare for one to mesh comedy with family discipline.

Seth King, or @latenotes to his Instagram followers, has just had enough of his kids’ tendencies to be tardy for school. What he did? He took the non-conventional way when it came to writing his brood’s “Sorry, I’m late” letters — instead of the usual, he started dishing out tardy notes that are a mixture of fiction and truth, shaming and love bonded together in comedy, as he puts it.

“I was probably writing too many late notes for my children when I started having what one might describe as ‘a little more fun with the writing exercise,’” he said in one interview after his funny tardy notes became popular in the picture-sharing site Instagram.

When asked why he wrote the funny tardy notes, he explained about how he hoped his new style of writing excuse letters would motivate his teenagers to greatly minimize and even eliminate their “teenage tardiness tendency”.

“I want them to know that life is hard and decisions have consequences, but above all, their parents love them, they’re cared for, we have their back and it’s important to smile, laugh and always look on the bright side,” he added.

And the notes are really that — a combination of comedy and consequence that just shows how deep this father’s tough love is for his kids.

In the written notes, the reasons for his kids’ tardiness vary but they’re all equally funny [and his wife isn’t even exempted!].

In one note, he divulged about how his daughter, Sofia, and her mom, King’s wife Angela, were measuring up heartbreaks over Zayn Malik leaving One Direction and Dr. McDreamy dying in Grey’s Anatomy leading to his daughter being late for school.

In another, King wrote about why his 6 year-old son was late — they both stayed up beyond his usual bedtime hour to watch Major League Basketball. King then added that after the game, his son also needed help spelling Chicago Cubs’ pitcher Jake Arrieta’s name.

King said that while the notes he wrote are comical, they’re not a joke. They’re really the actual excuse letters his kids bring to school to show their teachers as explanation as to why they’re late.

“In order for my children to have their tardiness excused by their teachers and the attendance office, they have to take them in,” he revealed.

He added that these funny excuse letters are a source of frustration for his kids. “My eldest may even have lost a few of her excuse notes on her way to her first class but I always make sure she has them,” he laughingly said.

But frustrating as they are [his kids have asked him to write “normal” ones though King is yet to relent to that], his kids know that “he loves them” and is just “trying to make them smile”.

Some of the 30 or 40 funny “Sorry, I’m late” notes King has written starting about two years ago can be seen in his Instagram account.

Sometimes having kids means having hard conversations. But we do it because we love them. #zoomonin #ParentsEmpowered #latenotes #hugs

“Instagram was a way to document our journey as a family. We will go back to things posted years ago and ask ourselves, ‘Where did the time go?’” he explained. 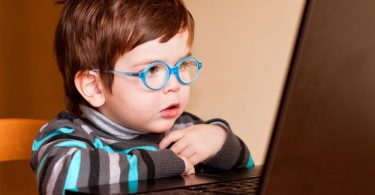 In a digital age where babies more intuitive with smart screens than tech savvy adults, the risk is[More...] 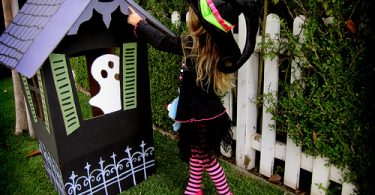 Running out of ideas to do this Halloween? Here are exciting things you can do with your[More...]